Here are some drawings that I’ve decided to put on a page of their own. The first section are all from Sweden most drawn by Katie and one by one of the kids (not sure which one).

This one is a cartoon of us playing football drawn by Katie. There wasn’t room enough to have everyone on there, but at least it’s obvious to see who are there (Theo, Martin, Mette, Katie, me (I’m there as Sentence Man it seems), Hans (he did lose his hat) and Andreas)… 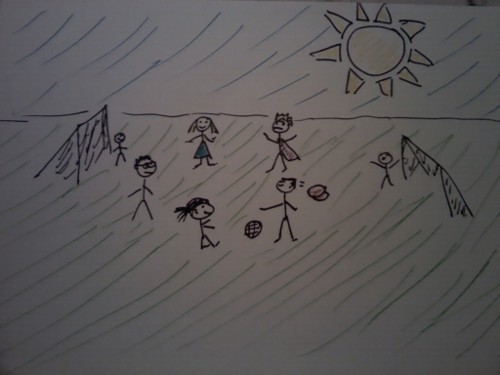 When someone said something about hovering gulls, I misheard it as hovering dolls… that inspired Katie to draw this one: 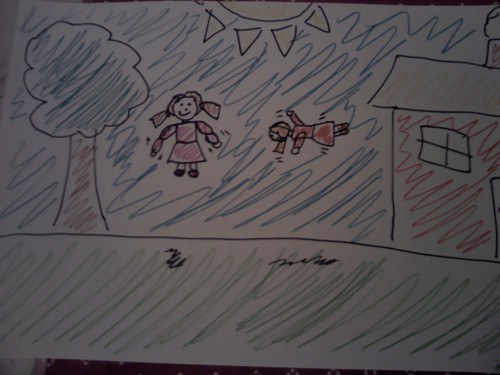 This represents an idea we had on an evening when the kids were a bit much. We would sail them to the island and leave them there for the rest of the holiday (or maybe just a couple of days). I like this one (again by Katie) which somehow reminds me of Lord of the Flies, though the kids do seem rather happy. 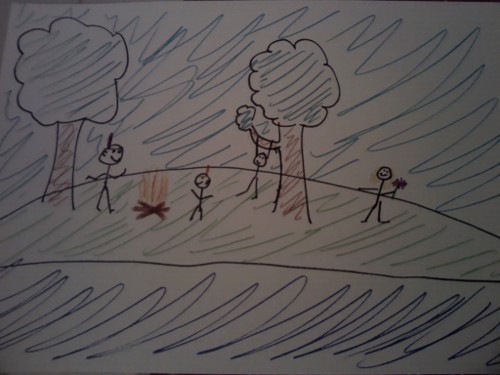 We wanted to watch a film the first evening when the kids were asleep, but even though Hans had brought a Blue Ray player, it had come without any cables. We tried with normal aerial cable but that didn’t work, and because it was a new player it didn’t have SCART. Hans’ frustrations were the inspiration for Katie to draw this one as well. You can see Martin looking slightly amused in the sofa with his book. 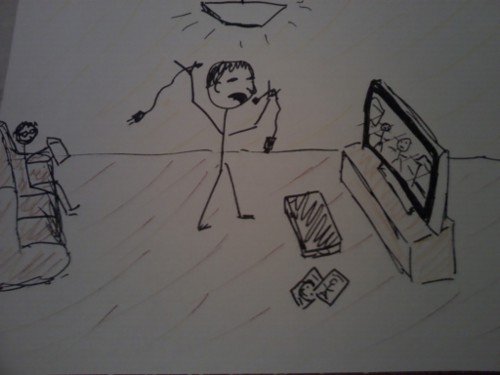 One of the kids drew this one, and while I’m not sure which one I guess it must be either Andreas or Cecilia. It’s based on a CD we found in the house with the amazing looking Hill Billy artist “Uncle Jam”. 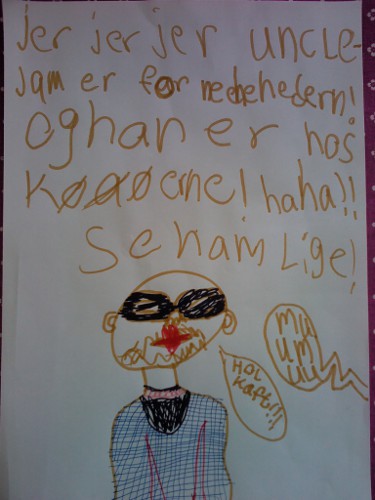 The next one is from work, and is a bit of a mystery. While getting tea Seb created two boxes to illustrate a problem with a website pop-up over a java applet. The boxes were made of coffee-stirring-sticks and we left them there. When we came down for tea again later, someone had created the house 🙂 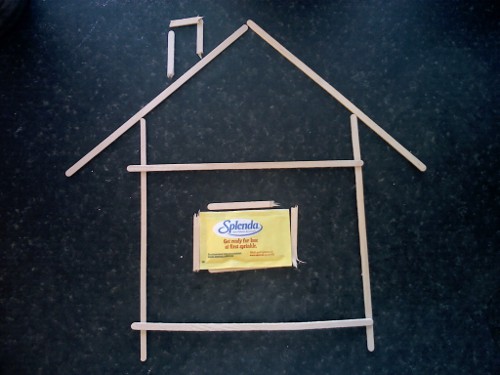